Over the summer I have been working on Robert Wilson’s site specific performance,  WALKING, walking very slowly in the Norfolk countryside in the wonderful company of many other artists and makers and the very inspiring Boukje Schweigman, Swantje Schaeuble and Theun Mosk.

I am now sharing a studio with the sculptor Lauren Schneider.

As the winter draws close I am looking forward to a productive season of new work.

For a long time now I have wanted to start Marlene’s Treats – a mobile cafe, or really more of a refuelling station for your belly and mind, a way of combing food and creative interventions. 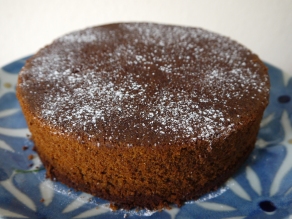 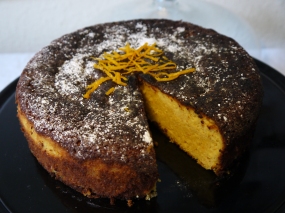 Cake. Jelly. Cake.  Can also be made to order!

Over four days I will be re-mapping the local area based on your stories.  I will be mending your old clothes, replacing buttons, fix fallen hems, broken seams, torn pockets…. in return I am asking for a story about the local area: something someone once told you, official history, a plan for the future, a recollection from last week, or last year… write it down whilst I am sewing and then locate it on a map.  At the end of the four days a new map will be made and sent out to all participants to use for extraordinary journeys.

Repair Stations is a participatory performance project set up to bring together the two protective actions of sewing and walking.

NOW, AT THE PRESTONVILLE ARMS 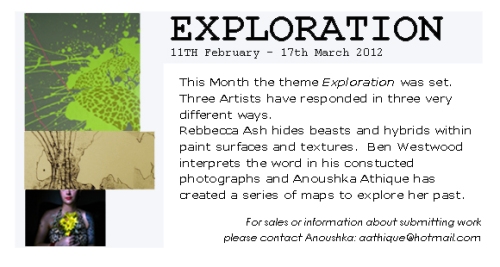 Along with a new series of maps by myself, this month we are exhibiting some wonderful paintings by Rebecca Ash and some really extraordinary constructed photographs by Brighton based photographer Ben Westwood.

Come and have a look and grab a pint whilst you are at it- The Prestonville Arms: 64 Hamilton Road, Brighton BN1 5DN

BLURRING THE BOUNDARY BETWEEN SCIENISTS AND ARTISTS

Let me know. Just the first thing that comes to mind… 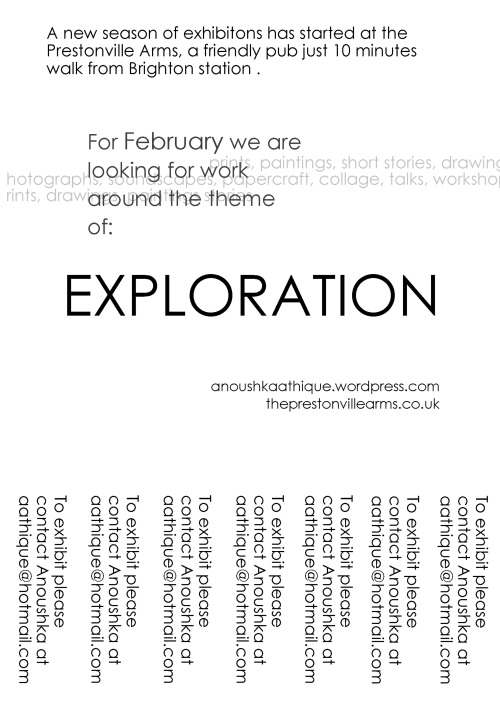 Video footage of the project so far!

Collected Memories and Stories from the Repair Stations

I have collated the anecdotes I have been given so far… some are verbatim (V), others written memories from the first week of the Repair Stations (RS), and others my memory of what people have told me(M).  Or I have overheard (O). 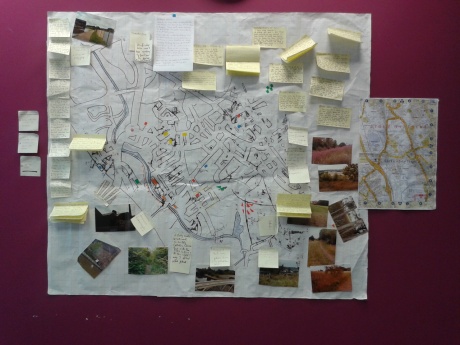 It was fantastic – Oh, and it was my 23rd Birthday!  There were lots of artists selling their art.  My son had a portrait drawn of him.  There was a bird man who was showing the kids owls.  The school of Art was open.  Our Samba band played and played capoeira on the square at the end.  There were some tribal belly dancers.  And we all had chocolate cake and party hats to celebrate my birthday.  I don’t think I could have created a better party atmosphere myself.

All that remains is a gate post but it used to stand there where the new Mott Place Apartments are.  Over the front door was a beautiful architrave of fruit.  Gone.

–  This used to be the centre of all our after Samba hanging out.  We would always gather for food in the upstairs room.  Often we would stay drinking, chatting and drumming on the tables (rhythmically of course).

I even held my 24th birthday in that upstairs room – they let me bring my own cake and provided free candles.  It was our social space, until they changed the chef and started charging to reserve the room.

A close friend and I spent ages looking for some guerrilla lighting that we due to happen in Burslem.  We bumped into a young family, who looked equally confused about the whereabouts of the event.  Eventually, after asking several local people we were directed down to Middleport.  The six of us walked down the hill.  On the way down, some youths stuck their heads out of a passing car and shouted ‘Niggers!’ to me and my friend.  He was angry.  I was calm.  We both enjoyed the multi-coloured lighting, making the gardens and buildings of Middleport look pretty.

As a bricklayer by trade he notices these things and walking past late in the afternoon he saw the most badly made brick wall. The back of the church, on the corner.  Bricks of all colour, all put together, different shapes, different sizes, going off at all angles.  It was the worst wall he had ever seen.  But in that afternoon light, its flaws were illuminated and transformed into something beautiful. He stopped and looked at it for a while and realised that it looked like fabric a plaid or a tweed.  He went home, intending to return soon at the same time of day to take a picture.

Two days later, a Monday, when he came back, camera in hand the wall had been knocked down.  He had supposed that as it was part of a church they would leave it alone

–  I have a strong connection to this building.  For about a year ‘Planet Sound Community Art’ was stationed.  Every Sunday we would play djembe drums and dun duns.  Sometimes we would even sing songs or vocalise the parts.  There were children and adults of different cultures, sitting around in a circle making music.  I miss it.

M: Photographed areas round here, the patterns and textures in the pulled down houses.

Physical weight of the machinery meant it was more permanent, harder to dismantle.

Digital companies can pick up and relocate more easily. 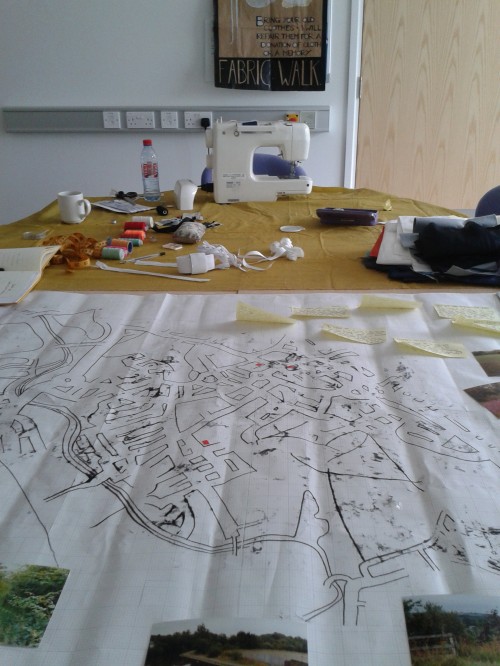 –  Every month there is a poetry stanza held in the pub.  Young and old writers come to share their work.  I have often gone along.  It is a pretty tense atmosphere and everyone is very honest with their feedback/critic – which is great!  Sometimes they even invite guests (well known ) poets.

Memories of Slater Street, so many families and stories, now they are gone, but Middleport is changing.  A new health care centre that acts as a kind of hub for people, even offering a small meeting room

There’s also the walks that take you past the remaining house newly refurbished with new doors, windows &paintwork totally changing the feeling of the area for the better.

Port Street built for works working in the factory.  Right on the canal edge the factory was the hub of the Middleport community.  Still a focal point as to how things used to be, great that it is still in production.

All in all it’s the people that make the place, Stoke folk, Middleport folk cautious but friendly.

RS:  MY FIRST IMPRESSION of S.O.T. is that I wanted to be here.  As a result I uprooted myself from London and moved to the area.  The people have welcomed me with open arms.  I have been able to get involved with Stoke on Trent Lions International club that’s involved with charity and voluntary work, Grey Power/ Pensioners Convention – a group that looks after the welfare of pensioners groups and stand up for the rights of older folks in the community.

One project that I remembered was “The Mile of Bras” organised by the SOT Lions Club.  I have seen many changes in the landscape.  Lots of bottle kilns have disappeared and pubs and other social venues have been closing rapidly while the super market chain stores have been expanding, Sainsbury & Tesco.  Netto has disappeared giving way to Asda.

In autumn the area looks beautiful with the variation of colour on the leaves of the trees.  In the summer the council takes pride in beautifying the roundabouts with flowers.  The parks are well kept.  I love the Burslem Park.  The wheels left gave me an indication of the mining areas.

The opening of the new TESCO store in Hanley created the opportunity for a new road to link Potteries Ways to Clough Street, Trinity Street, Broad Street and Etruria Rd.

Potteries Way cut across some streets dividing them in two.  Most of the street on the outskirts of Northwood have street that are one way.

Lots of factories have disappeared and in Litchfield St has one pottery remaining – Emma Bridgewater former Johnson Brothers called Eastwood Pottery.  Others were Hanley Pottery that is now a new housing estate.  Below Hanley Pottery was a Johnson Brothers Sanitary Ware pottery.  It has been demolished.  Party of it now has a new housing estate called Wedgewood.  In front of those still remains is the wage office.

Opposite that there was Imperial Pottery (Johnson Brothers) and the main canteen.  This is now the new Eastwood Primary School

What remains is the Trent Canal which barges used to transfer good.  There are two bottle kilns preserved on the site.  Twyford Sanitary Ware has been transferred elsewhere.  Near the cemetery on Shelton there is a bottle kiln and flat conversion.  Armitage Shank is closed.

In 70’s Britain had lots on lines (railway) going to smaller towns but only main lines are now used since the close of the industries in S.O.T.  Behind Quality Hotel, previously Grand Hotel was Hanley Railway Station.  There were tramlines in Hanley that have been taken out.  Old Vic theatre moved from corner Victoria Street & Hartshill Road to Etruria Rd.  Basford known as ‘the New Vic’.

Stoke City Football club used to be on Campbell road, Modern one is on Britannia Way off A50 called Britannia Stadium.  Elder Road block off with peg to prevent curb crawlers.  There’s still a bike track.

Part OF an old British Coal Mining Shaft (National Coal Board NCB).  Level the mine and sink some of the slack for safety reasons to avoid landslide – Made as a park and small housing estate – Old school called Granville School has been knocked down and modern one is now called Forest Park Primary.  Also there is a park for ramblers.

SNEYD ESTATE (INDUSTRIAL) Another pit in the city closed for last 40 years.  Has lots of units on it now (workshop, manufacturing, sales units

Over the summer I will be working onPlace, Space and Identity 3 in Stoke-on-Trent.

6 Artists (Rich White, B-Arts, Redhawk Logistica, Daisy Thompson, Lucy Cork and myself)  have been commisioned to create projects, performances, installations or artworks that will engage and inspire the people of Stoke to celebrate their many identities, honour  the places they are from and beautify the spaces they inhabit.

This unique collaboration between RENEW (the regeneration body for Stoke-on-Trent)  and the arts team at Stoke-on-Trent city council, funded by RENEW and the Arts Council England,  West Midlands is based on the belief in arts and culture to transform the image of a city for  its citizens and for those seeking to live, work and do business there.

Information about all 6 projects can be found at  http://www.placespaceidentity.org/

Iwill be working in MIDDLEPORT, LONGPORT AND DALE HALL,   STOKE-ON-TRENT.

From a distance, or from one of the many elevated locations that surround Stoke-on-Trent, pockets of colour reveal themselves.  Bright hues ping out from the urban environment, their vibrancy betraying their location.  They look small, curved around corners, disappearing along the canal then coming back into view again, stretching across a row of terraced houses.  Moving closer and you realise the landscape has been wrapped, cared for, protected.

The wrapped landscape provides a link or a map, that winding through the environment joins places up, and provides the viewer with a route to walk along.

Accompanying this route will be a collection of texts, fragments of stories, anecdotal and fictional that relate to the FABRIC WALK